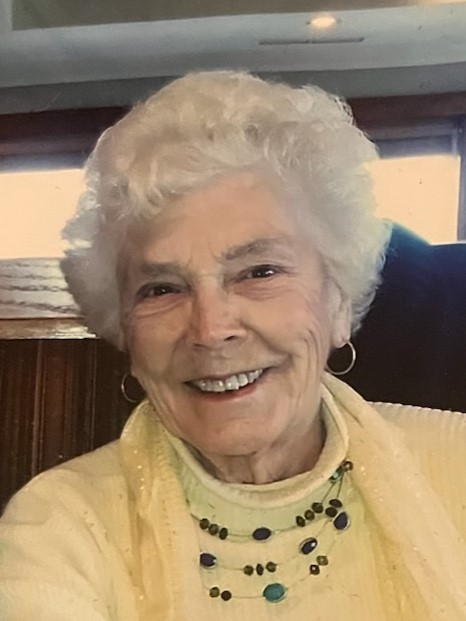 Virginia Marie Van Hagen, 91, of Villa Hills, KY, passed away Friday, January 13, 2023, surrounded by her family at her residence. Virginia was born in 1931 in Ft. Thomas, KY to Ralph and Marie (Haas) Leopold, the third of six children. Growing up during the depression shaped her worldview and fostered her strong faith and concern for the poor. She often recounted the years when the only Christmas gifts she received as a child came from the Salvation Army. Virginia was brought up in the Catholic Church, attended St. Thomas grade school where she was a bright student, having skipped the third grade and being awarded a scholarship to La Salette Academy High School. Upon graduation, she immediately began working at Western Southern to help support her family. Virginia met Aloysius Van Hagen on a blind date which included dinner and dancing on the Island Queen Riverboat. Virginia loved to dance. After a two-year courtship, Aloysius proposed, Virginia accepted despite his “two left feet”. They wed on a snowy Thanksgiving Day, November 23 in 1950 at St. Thomas Church in Ft. Thomas, KY. Virginia said many times that all she ever wanted was to get married and have a family. She was blessed with five children, which were her greatest joy in life. In addition to raising her family Virginia lived her faith being active in her local St Joseph parish for many years. This included organizing dances, making items for the annual Christmas Bazaar, working the summer festivals and cleaning the church. Moving to Villa Hills in 1960, she was also involved in the formation of the Villa Hills community and Civic Club. During the 80’s and 90’s, Virginia worked in the kitchen of St. Walburg Convent alongside the Benedictine sisters. She developed a special bond with many of the sisters and a love of the tenet of hospitality in the Benedictine Tradition. This was practiced throughout her life as she hosted countless family dinners, holiday gatherings and luncheons for her lifelong friends. In the spirit of service and caring for the poor she volunteered weekly at Be Concerned. Her “golden years” were spent traveling the country with Al, visiting and actively helping with her children and grandchildren, attending countless baseball, soccer and tennis matches as the number one fan. Even after Al passed in 2003, Virginia continued to remain active, traveling and serving her family and community. Her favorite pastimes included bowling, card playing, crosswords and tending to her yard and garden. In fact, though she was willing to turn in her car keys at the age of 90, she was upset that her lawnmower was confiscated.

Virginia is preceded in death by her husband, Aloysius B. Van Hagen; parents, Ralph W. and Marie (Nee Haas) Leopold and many brothers and sisters.

A special thanks to St Elizabeth Hospice Staff for their excellent care and compassion and for the outpouring of love and support from countless family and friends.