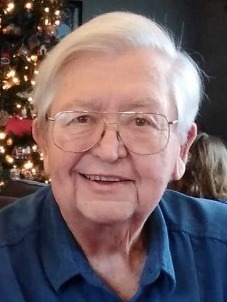 William (Bill) Franklin Young, 77, of Erlanger passed away on July 6, 2022 at his home.  A lifelong resident of Northern Kentucky, Bill graduated from Ludlow High School in 1962 where he was named an All-American Athlete playing both football and baseball.  He was later inducted to both the Northern Kentucky and Ludlow High School Sports Hall of Fame.  He continued playing football at the University of Kentucky his freshman year of college then transferred to Xavier University on a full scholarship. His love of sports continued past his playing days and he was an active football official for high school and college games.  He has been named a lifetime member of the NKY Officials Association.

After graduation from college, Bill began his career in education as a History and Civics teacher.  He would go on to become an administrator and coach in Bellevue and Dayton, KY.  In the early 1980s Bill‘s career shifted into insurance.  He was a State Farm agent for over 30 years with an office in Erlanger and Ft. Michell, KY.  This was an excellent choice for him because “like a good neighbor” you could count on Bill Young to be there. During this time, he was also active in various local groups like the Rotary Club and Good Faith Masonic Lodge #95.

Bill was an active member of Immanuel United Methodist Church for over 40 years.  He faithfully attended Sunday Services, lead Sunday School classes, served on administrative committees, volunteered for mission events locally and across the Appalachian Area, and preached in local area churches as a certified lay speaker.   He was also an active member of the Northern Kentucky Emmaus and Chrysalis communities. He was preceded in death by his parents Deward and Marie (Best) Young.  He is survived by his wife of 52 years, Patty Young of Erlanger, son JD (Juliann) Young of Independence, daughter Katie (Mike) Smith of Union.  Grandchildren Connor, Bella, Aidan, Caleb, and Ian Young of Independence, M.A., Nina, Reagan and Brad Smith of Union, siblings Vernell Youngblood of Cincinnati, OH, Nancy (John) Farris of Kansas City, KS, Jim (Linda) Young of Cincinnati and Bob (Ellen) Young of Hebron.

In lieu of flowers the family requests donations to the Immanuel UMC Scholarship Fund.