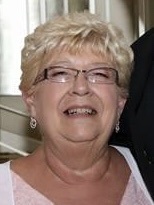 Lori Jean Bartram, 66, of Florence KY, passed away unexpectedly on Thursday, November 11, 2021 at St. Elizabeth Medical Center in Edgewood, her family by her side.

Lori earned her degree as a Registered Nurse from Craig School of Nursing. Lori moved to Florida over 40 years ago where she raised her children and continued her nursing career as a Case Manager until her retirement in January 2021.

Lori was an avid football fan and was actively involved with coaching and serving as Cheer Director for the Pop Warner Venice Vikings during her children’s participation. In her retirement, she enjoyed crafting and most of all, spending her days caring for Gryffin.

Lori’s happiest moment was becoming a Grandma to Gryffin. She had recently moved to Kentucky to be near her daughter, son-in-law and grandson until her untimely passing.

A Celebration of Life will be planned in Venice, FL at a later date.