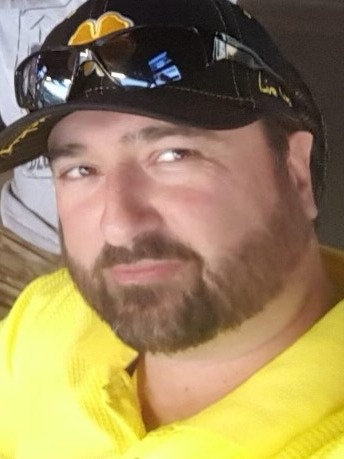 David Allen Webster unexpectedly passed away at St. Elizabeth Hospital in Florence on October 7, 2021. David is predeceased by his grandparents, Elmer and Margaret Webster and Janese Earnest; his step-father, Rick Hoberg; and his father. Survivors include his mother; sister, Angela Zamiska (Matthew); nieces, Natalie and Olivia Zamiska; nephew, Luke Zamiska; grandfather, Marvin Earnest; many aunts, uncles and cousins. David was born at Hill Air Force Base, Utah, on August 21, 1975 to Doug Webster and Marlene Hoberg (neé Earnest).  Following his dad’s military service, his family moved to Northern Kentucky.  He mostly grew up in Ft. Wright, but after his parents’ divorce and mother’s remarriage, David moved to Versailles, Indiana.  He graduated from South Ripley High School in 1995, where he was a member of the Varsity Baseball team.  After high school, he moved back to Ft. Wright to live with his dad while attending Northern Kentucky University.  After several different jobs, he settled into a position at Schwan’s for over 10 years.  Recently, he had switched employment to the Florence Bowl as a maintenance technician. David was a doting uncle to his two nieces and nephew.  Besides them, his next two great loves were bowling and golf – not necessarily in that order.  Even before working at the Florence Bowl, you would catch him there at least three times a week.  The last few years, he took a trip in June to the Bright Leaf Golf Resort in Harrodsburg, Kentucky, with several friends.