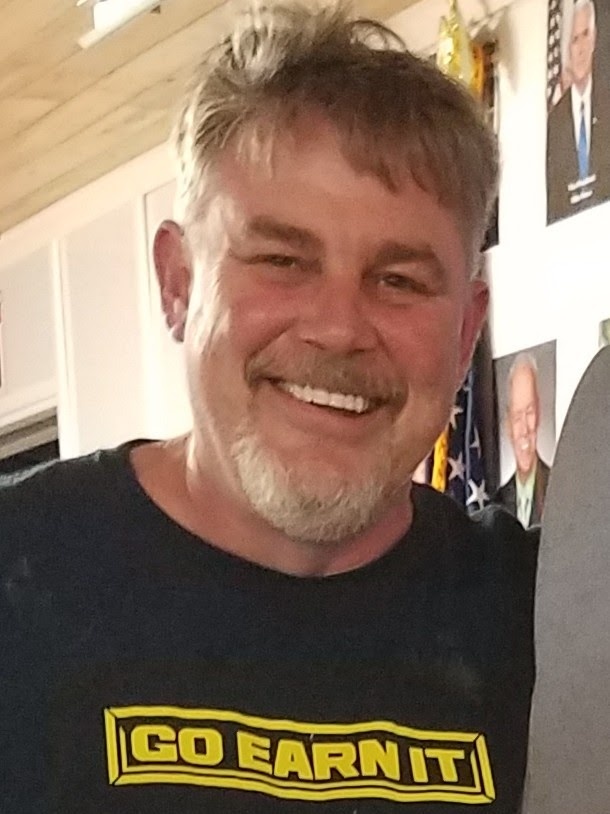 Frederick “Rick” Lanfear, Jr., passed away at home on Sunday, June 27th after a nearly two year struggle of medical efforts against an incurable cancerous foe.  Rick was born in Marietta, OH on April 22, 1963 to Fred and Joanne (Ferguson) Lanfear and grew up in Oxford, NY.  After high school, he served our country in the U.S. Marine Corps for four years, stationed two and a half years in Okinawa.  He then earned degrees in science from Broome Community College and S.U.N.Y. Oneonta and had teaching stints at Broome B.O.C.E.S. and Harpursville Central School before taking his post as high school science teacher and wrestling coach at Hillcrest Academy in Cincinnati.  He was very popular at the Academy where he was known for his hands-on methods (his classes raised a garden, kept a beehive and made maple syrup from trees on campus). He had been Teacher of the Month and recently Employee of the Month for his courageous zoom teaching of his classes, while propped up in his recliner, until the very end.

He is survived by his parents and his incomparable significant other, Margaret Hall; his dear aunt, Marcia Ferguson and her wife, Sandra Quesada of Miami, FL.; uncle, Dean Ferguson and wife, Christine of Charlotte, NC and his three children, Elizabeth of Owego, NY, Frederick III of Apalachin, NY and Anastasia of Hamersville, OH.  Also, his three brothers: Charles of Port Crane, NY, Keith of Oxford, NY and Edward and wife, Leann, of Greenville, SC in addition to several cousins, nieces and nephews of Lanfear and Ferguson lineage.

In lieu of flowers, memorials are suggested to the American Cancer Society, 4540 Cooper Road, Cincinnati, OH 45242.