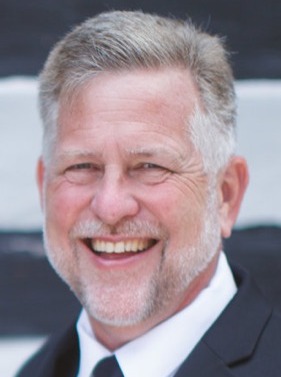 Tony Kidwell died peacefully with his family by his side on March 11, 2021 in Edgewood, KY.  Tony, the son of Ruth Knochelman Manning, was born March 16, 1956 in Covington, KY. Tony is survived by his loving wife of 41 years, Tina VanHagen Kidwell of Villa Hills. Tony and Tina were married April 20, 1979, and have two children, Sommer Kidwell of Florence and Michael (Jenni) Kidwell of Lexington. Additionally he is survived by brothers, Don (Susan) and Bob (Roxie) Kidwell; sister, Pat (Dan) Roenker; and many nephews, nieces, and in-laws, all of whom greatly adored him. Tony was preceded in death by his brother, Chuck Kidwell.  Tony was a member of the Covington Fire Department from 1979 until his retirement in 2004.  He was proud of the work he did with the fire department and loved working alongside his fellow firemen.  He had a great deal of stories, both harrowing and humorous, that he enjoyed telling about his tenure as a firefighter. Tony took great pleasure in traveling. He and his wife, Tina, were able to take many adventures together; often cruising around the world, allowing him to spend ample time at the ocean, which he so greatly loved. He was an avid golfer and enjoyed his weekly seasonal golf game along with his golf league and his son, Michael. He found joy in playing tennis alongside Tina and his daughter, Sommer; and never shied away from a game of cards with family or a group of friends. He loved dogs, and he was always up for an endless game of fetch or a long walk with his dog, Max, and grand-dog, Jack. Tony was the ultimate University of Kentucky fan. He never missed a UK football or basketball game and was almost always seen sporting clothing with a UK logo.  Above all, Tony was a wonderful husband, an amazing friend, and the absolute best father in the world. He would want all who knew him to remember him with a smile. He was beyond loved and all who miss him are very “sorry about our luck.” An open visitation will take place at Ronald B. Jones Funeral Home, 316 Elm St, Ludlow, KY on Thursday, March 18, 2021 from 4-7pm. In lieu of flowers, please make donations to the Emergency Responders Burn Foundation (ERBF) care of Mike Reilly at 4405 Alleen Ct. Independence, KY 41051.