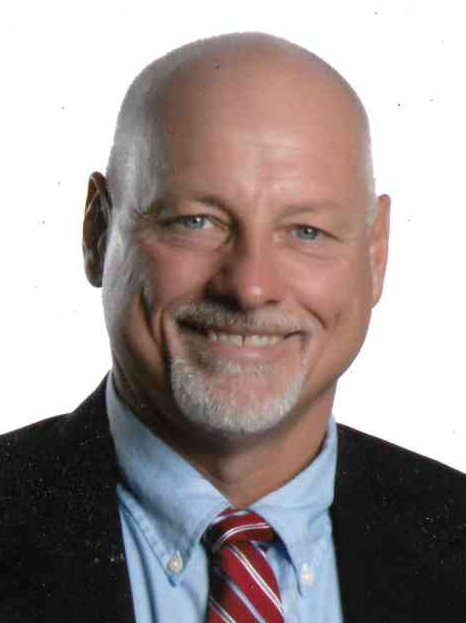 Denny J. Caple, 55, of Ludlow, a warm and outgoing man who loved his family, golf, Ludlow sports, being around his friends and his hometown, passed away on Tuesday, February 16, 2021 at Christ Hospital in Cincinnati.

A Meter Specialist at Duke Energy, Denny attended Western Kentucky University. As a member of the Hilltoppers football team, Denny played nose guard, a position often associated with the toughest guy on the team. But as tough as he was on the field - and those around Northern Kentucky who went against him during his playing days for the Ludlow Panthers knew when they were hit by Denny - he was just as loving, friendly, and affable away from the gridiron.

With a huge frame, a booming voice and a quick smile, Denny lived life to the fullest. He never met a stranger, loved telling stories and always put his family and friends before his own needs. He had the enviable quality of making the simple things in life so special - watching his kids play sports, an afternoon on the golf course, helping a friend, a Friday night out with his wife, Thea, the love of his life. Upon meeting Denny for the first, most people came away with the same feeling - what a great guy.

After his playing days he became very active in coaching with Ludlow Youth Football where he treated each and every one of his players like his own children. He was a member of the Ludlow High School Hall of Fame as well as the Northern Kentucky Youth Football League Hall of Fame.

Denny loved golfing in outings that supported anything Ludlow High School related. And as much as he loved to golf, it was the regular group of guys that he played with that he enjoyed even more.

Denny was a loving uncle involved in the lives of his nieces, nephews, great nieces, and great nephews. Most importantly, Denny was a loving husband, proud father, loyal brother, and son. He was the type of person everyone strives to be.

Denny was preceded in death by his parents, Harold and Joan Caple, brother, Mike Caple and nephew, Mikey Caple.

In addition to Thea Caple of Ludlow, Denny is survived by; sons, Seth, Luke, and Noah Caple all of Ludlow; daughter, Halle Caple of Ludlow; brother, Danny (Marcia) Caple of Villa Hills; sisters, Susan (Garry) Miller of Lakeside Park and Shelly (Dan) Miller of Fort Wright, and many nieces and nephews.