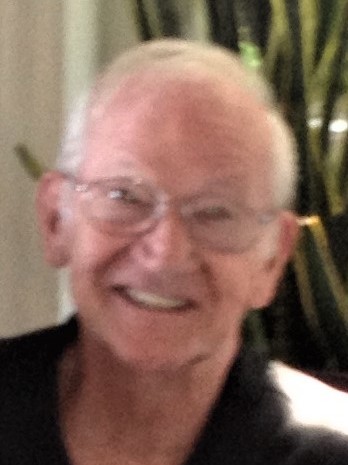 And in loving as he did – he changed the world.

He was born to Oscar and Ruth (Burns) Gerth in Latonia, Kentucky.  And he loved them – as children we delighted in hearing stories especially from his mother about his antics – she said there was nothing that was safe from his exploration as he satisfied his curiosity dismantling her various household items including her appliances – and then putting them back together, all the while studying exactly how they worked.  We are so thankful for the lifetime memories of family time together with Grandma and Grandpa and weekend visits to Ludlow.  Dad was a strict father and often on these visits, we would find our way into trouble that our dad would try to put a stop to – generally, we could count on Grandma & Grandpa to intercede on our behalf saying, “Awe, Don – leave them be – they are fine” and we would get away with murder.  But he loved them so much and they were the only people whom he would always bend to.  As they got older, we witnessed his care for them – he was devoted to them until the end of their lives and he taught us the importance of family through his example.

And he loved his little sister Norma (Gerth) Stanley, who survives him.  Her stories of her childhood with dad are filled with horrors of truly creative torturous pranks, including wiring the doorknob to the bathroom with electric current for his entertainment when she finished her bath and went to leave the restroom.  But along with being her tormentor, he was also her guardian and best friend. Together they have shared the best moments of life. Even as dementia stole his ability to communicate, her voice could bring a special look in his eyes - a mixture of affection, annoyance, and mischief.

And he loved Ludlow, Kentucky – never really leaving it in his heart – making and keeping lifelong friends and memories that he never lost, even until his dying day.  After his death, it was only a matter of hours before some of those lifelong friends brought him home to Ludlow, immediately driving in the wee hours of the morning to make sure that he was exactly where he wanted to be in the end.

And he loved his country, serving during the Korean War period as a meteorologist in the South Pacific with the 6th Weather Squadron.  We were enriched by all that he shared with us about his adventures - whether he was explaining weather systems to us, sharing the global history that he lived through – or just remembering the deep friendships that he formed.  The reunions of the 6th Weather Squadron were events that he anticipated with joy and excitement.

And oh, how he loved his wife, Beverly (Eubanks) Gerth.  To his sister, Norma -he owes the discovery of his life partner and wife of 51 years, Bunny whom he loved fiercely and instantly.  Because he loved a party – especially one at his home – he invited a group of friends over for a weekend evening and asked Norma to invite some girlfriends from her workplace.  That fateful night was followed by a whirlwind romance, engagement, and marriage to the girl of his dreams. Dad was devoted to her. Those of you who knew them can attest to the passion of their union – full of happy times intermixed with shocking displays of emotion. A first-time witness to one of their disagreements might have taken bets on the divorce date but later you came to know that this was just part of the story of Bunny and Don.  Dad wanted everything good for mom – most of all, he never wanted to lose her.  She was a creature of routine and habit and most of those habits were not healthy.  He spent the last 13 years of her life caring for her – but on her terms – No, she was never going to quit smoking and no, she did not want to eat vegetables – Please just bring her a Big Boy and leave her be! But oh, how he tried, and he never truly recovered from her death.   One thing is for sure, their reunion will make Heaven a little livelier!

And he loved his work.  He dedicated 32 years to Procter & Gamble in their Research and Development wing working as a chemical engineer and research scientist.  It was here that his brilliance was able to truly culminate – his love of learning, discovery and curiosity resulted in patents that have enriched the lives of millions and profoundly changed the world.  He was a named inventor on patents in the US and over a dozen countries.  His work has been cited in nearly 1,000 patent related documents by others.  Most notably, he developed the chemical drying process that created the fabric like top sheet for diapers and hygiene fabrics.  The dryness of babies bottoms all the world over is due in no small part to his brilliance.  In the 80’s he was hopeful that by developing a vaporized nicotine delivery device, he could make it easier for smokers to kick the habit.  This was personal to him because of mom.  In 1988 he was granted the patent for a ‘Dosing device to provide vaporized medicament to the lungs as a fine aerosol’.  We have all come to know his invention as the “e-cigarette”.

And he loved his children.  All of us, Christopher Gerth, Joan (Lawrence) Kelly and Jeffrey Gerth have survived him and are left with memories of a dad who lived his life taking care of others.  Hours of late-night homework help, vacations to Ormond Beach Florida, trips to Coney and Kings Island, weekends at Grandma and Grandpa’s, Thanksgiving mornings with Dad so excited about the best turkey and stuffing ever, year after year, his smile when he met us time and time again at the airport to welcome us home, his care and devotion to Chris who lived a life that is the envy of all the grandchildren with the best electronic games, pool tables, dartboards, and season passes to Coney and Kings Island.  We were lucky kids.

And he loved his friends and community.  Especially the friendships that he formed at American Legion Post 72.  He held numerous leadership offices at The Post but we think he would be most proud of the work that he did for the children in the community at Christmas.  Year after year, he worked with local law enforcement and school officials to identify children in need.  The Post raised money all year while Dad did everything he could to never turn a child away.  The highlight was a shopping day to provide the children with essentials, such as winter coats, boots, mittens, pants, socks, whatever the parents had identified as needed, followed by a visit to Santa and toys galore – especially chosen to make these children’s dreams come true.

And he loved his Grandchildren. Donald Kelly, Brent Kelly, Lauren Kelly, Heidi Gerth, Thomas Gerth and Charles (Grace) Gerth had the best “Grampy”.  Trips to Chuck E Cheeses, McDonalds, The Dollar Store were never to be missed with Grampy, along with Sunday morning donuts or helping Grampy with Bingo at The Post, his grandchildren have memories of being loved.  As they grew older, the look of pride was a gift freely given to each of them whether he was witnessing a milestone in their lives or most of all, just listening to their plans and encouraging them on their way.

And he loved his dogs.  Patches, a beagle and our childhood pet who loved Dad almost as much as he loved the thrill of escape; Casey, a mean little poodle mix that he and our mom adored and spoiled shamelessly especially at Christmas; and lastly, Nicky his companion in the final years of Bunny’s long illness, death and until he himself needed assisted care.  As his children, we thought it was normal for a dog to live to be 17 or 18 years old and only later discovered that this was unusual. We now know that a dog will want to live forever if it has LaRosa’s Pizza and Krispy Kreme Donuts to look forward to regularly – along with tender care and devotion as only Don Gerth provided.

Following a private service at Ronald B. Jones Funeral Home, dad will be laid to rest beside his beloved wife and near his dear parents at Highland Cemetery on December 12, 2020.

Donald Gerth Loved.  And in loving as he did, he changed the world, thru the countless children whose lives were enriched with Christmas magic, thru the wonder of his scientific discoveries, the service to his country and most of all the legacy of love that he leaves us all with to carry on, doing the best we can to spread more of what he spent his life doing – taking care of us all.

In honor of Dad, please consider making a difference in a way that means most to you.  Any charitable donation made in his honor will carry on the legacy of his life filled with giving.