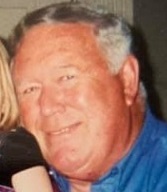 Byron “Jim” Griffith, 82, of Villa Hills, passed away on Saturday, April 27, 2019 at St. Elizabeth Hospice in Edgewood.  Jim served our country in the United States Army.  He was a retired manager for 35 years at Cincinnati Bell.  Jim was a past president of the Villa Hills Civic Club and was also a member of the Erlanger Lions.  He loved spending time with his family as well as hunting and fishing.  Jim was also an avid traveler.

In lieu of flowers memorials are suggested to DCCH, Center for Children and Family, 75 Orphanage Road, Ft. Mitchell, KY 41017