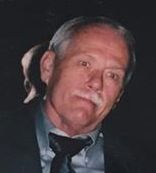 Robert “Bobby” Ecton, 66, of Ludlow, KY passed away on Tuesday, December 9, 2014 at Hospice Care of St. Elizabeth in Edgewood.

Bobby was an avid bowler and loved all sports, especially the local teams: Cincinnati Bengals, Reds and Bearcats.

He is survived by his wife, Cindy Ecton of Ludlow; son, Corey Ecton; 6 grandchildren; as well as many close friends that were much like family.  He is preceded in death by his parents, James C. and Norma Ecton; and brother, James Cory Ecton.

Memorials are suggested to the Charity of Donor's Choice.