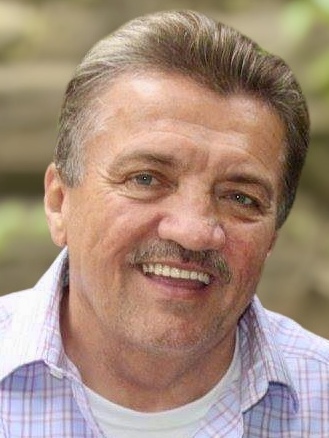 David Michael Dauwe went home to be with the Lord at 2:38 AM on February 1, 2022 at the age of 64.
David was born to Taylor Eugene Dauwe and JoAnn Dauwe on February 21, 1957 in Covington, KY.  As a child he had so much fun growing up on Kenner street with “The Kenner Street Kids.” He enjoyed playing basketball for the Ludlow Panthers, going to the Ludlow Bromley Swim Club, and attending Ludlow First Baptist Church. He had the privilege of pastoring his childhood church for the past 2 years.

After graduating from Ludlow High School, Dave joined the U.S. Navy. On September 22, 1985, at 28 years old, he gave his life to Christ, and never looked back. In 1990 he met the love of his life, Jackie, at Southeastern University, in Lakeland, FL. They married on June 15, 1991 and went on to have four wonderful children: Daniel, Rachel, Joseph and Jacob. David served the Lord faithfully for over 30 years pastoring six different churches in Oklahoma, Illinois, and Kentucky.

David was preceded in death by his parents, Taylor Eugene Dauwe & JoAnn Baker Dauwe, his brother Randy Dauwe, and his nephew Christopher Otis. He is survived by his wife Jackie, his children, Daniel, (Brooke), Rachel, (Kevin), Joseph, and Jacob, his grandchildren Josiah, Ansleigh, Addie, Greyson, and Margot, his brother, Butch Dauwe (Lisa), his sister-in-law Denise Egner Dauwe, and his Uncle Bob Baker.

Dave held an unwavering faith in God, which he shared wherever he went, including many nations. He loved people deeply, and didn’t know a stranger. He was known for his encouraging phone calls and witty jokes. He faithfully prayed for his family and friends; it was his greatest desire to see them saved. He was so honored to serve the people of Ludlow. He loved this city, and believed it would be won for Christ.

In lieu of flowers, memorials are suggested to the David Dauwe Memorial Fund, made payable to Ronald B. Jones Funeral Home, 316 Elm Street, Ludlow, KY 41016.